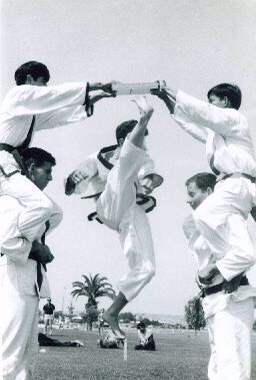 Did you know that in some Tang Soo Do schools, there are an additional 5 forms between Pyang Ahn forms and Bassai forms?

I learned these when I was a gup and they are called Tangsoology forms 1 through 5. In Korean, they are Tang Soo Quahok Hyung. These forms are very similar to the rest of the gup-level forms we practice, but are more complicated and advanced than Pyang Ahn forms.

So if you are looking for extra forms to learn, perhaps for a tournament, let me know and I will teach you these forms.